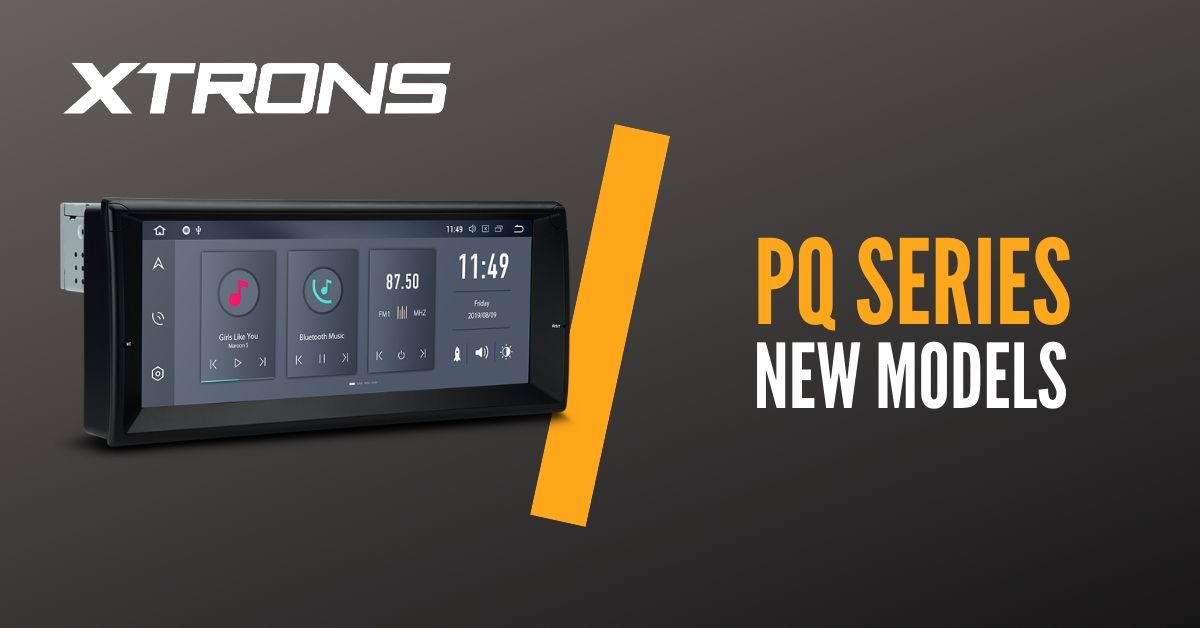 We are delighted to announce the launch of 3 brand new products in the PQ series, for the BMW 5 & 7 Series, the X5, and generic BMW / MG / Rover. These new products feature some exciting new developments to both the technology and the visuals.

The new models feature upgraded styling, which better integrates into the vehicles dash, with contours matching that of the vehicles original stereo.  This new styling has enabled us to replace the buttons with more screen space, giving you 10.25" of view-able screen, compared to 7" on the older PQ models. This new styling and modelling has been focusing on achieving a face-plate, which matches the original vehicle interior, offering a feature rich driving experience, without compromising on aesthetics.

Also enhanced in these new models, is integrated Bluetooth 5.0 with aptX technology. This makes audio transmitted over Bluetooth superior to previous versions, offering a level of clarity which was previously only possible with cables. A recent review by industry leading magazine WhatHiFi, looks at aptX as a leap forward in Bluetooth and streaming tech. Later model phones are introducing aptX, as it becomes industry standard.  Older phone owners need not worry, as the technology is fully backwards compatible with older Bluetooth handsets.

The new models also feature an enhanced screen, which use IPS technology.  This makes the unit viewing angle an incredible 178°. Most importantly however, the new screens, thanks to IPS, feature improved contrast ratios, so even on sunny days the screen is clear and sharp.

These new PQ models build on the existing success of the range.  As standard all models in the PQ range are built on the Hexa Core, with 4GB RAM and 64GB ROM, and include built-in HDMI cable and HDMI Output functionality, as well as supporting 4K(Ultra HD) video. Check out the full PQ Range.